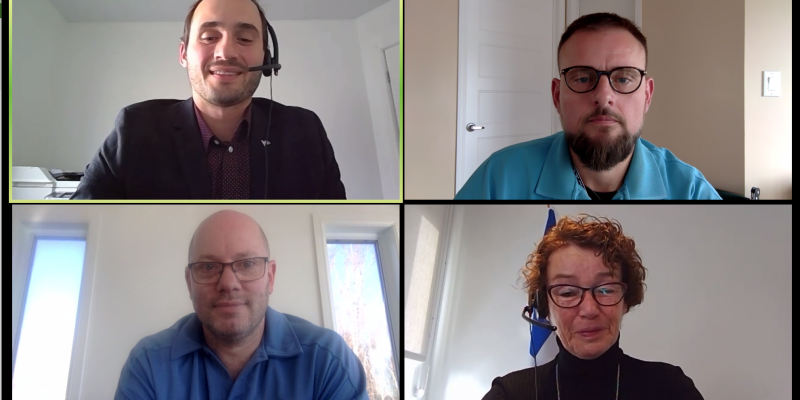 Today, Mr. David Chartrand, Quebec Coordinator of the IAMAW and I, had the opportunity to discuss with the deputy of the Bloc Quebecois in the Sainte-Thérèse-de-Blainville riding, Mrs. Louise Chabot as well as with her political attaché, Mr. Simon Farago.

The topics proposed during this year’s lobby days, organized by the CLC, are as follows:

In addition to these subjects, we took the opportunity to share with Mrs. Chabot the situation of workers in this pandemic crisis and the challenges for the future of aerospace and air transport.

Concerning the aeronautics sector, the Bloc Quebecois is aware of the challenges to come and affirms that it is ready to support workers. Mrs. Chabot understands that this field affects more than 200,000 jobs in Canada and that many SME’s depend on the survival of multinationals. She says the federal government has a crucial role to play at this level.

Although she was not aware of the details of Air-Canada’s re-nationalization, she does not disagree with this view, but needs to discuss it further with her caucus.

The hour-long meeting went very well, and we had a commitment from MP Chabot for a positive feedback on these issues.

A future meeting is planned in the upcoming weeks.